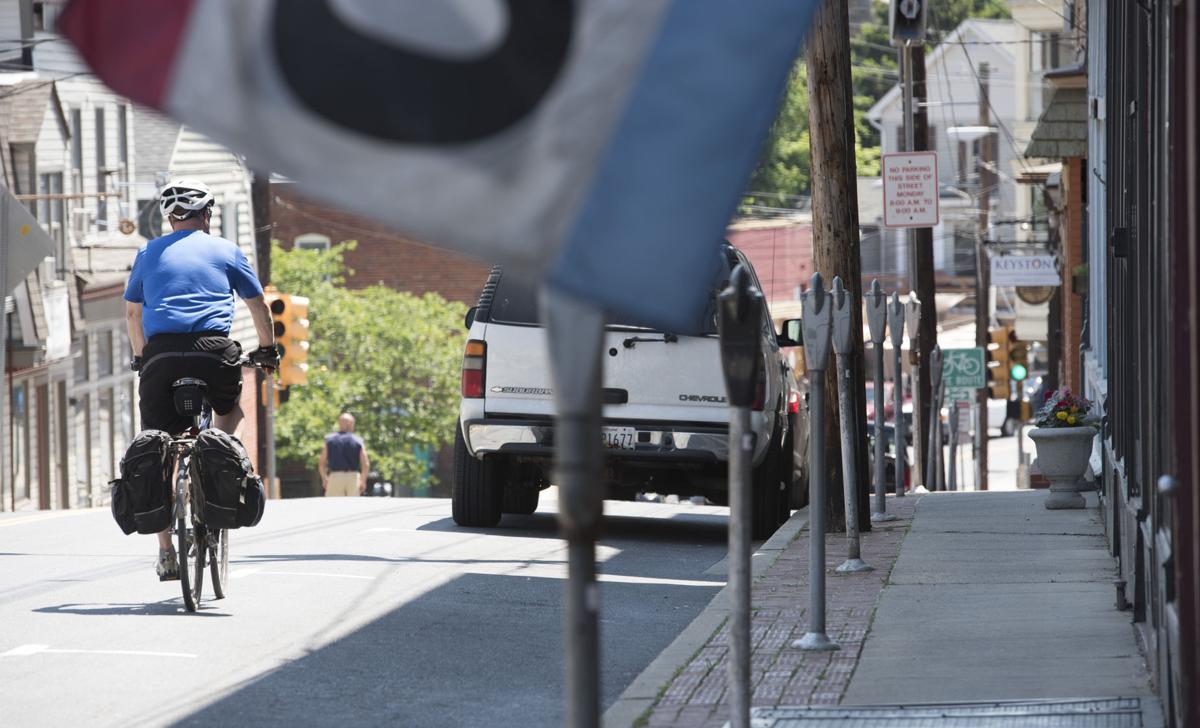 A view looking down West Potomac Street in Brunswick.

Machelle Lee wants to work with the Brunswick city government, she said, but still felt a twinge of concern when she independently hired workers from Building Veterans to pull overgrown weeds along West Potomac Street.

“I just feel very sensitive about tourists coming through our downtown,” said Lee, the owner of Roots and River Yoga studio at 17 W. Potomac St. “I tried not to make it seem like I was pointing out the city, but I did reach out to the mayor to say, ‘This is what I did — I hope you can maintain it.’”

Lee is one of several downtown business owners to express frustration in recent weeks over the aesthetics — or lack thereof — in downtown Brunswick, an issue that many say is impeding growth in the area.

Multiple owners said they’ve actively considered moving their businesses to a new location based on longstanding issues in the downtown area, or at least questioned their ability to stay open within the next few years.

“I did say that if we don’t see some real change downtown, I don’t know where we’ll stand in 12 months,” said David Blackmon, the owner of Smoketown Brewing Station at 223 W. Potomac St. “We’re just not seeing any progress, and our tasting room is very dependent on downtown traffic.”

Lee and Blackmon were two of several business owners to meet with Mayor Jeff Snoots and city administrator Dave Dunn earlier this month to discuss problems in downtown Brunswick. The complaints ranged from the relatively minor — such as a lack of trash receptacles on city streets — to major concerns over unoccupied properties downtown.

The number of vacant buildings was generally agreed to be the biggest issue, and one that effectively discouraged visitors from lingering downtown.

“First and foremost, the vacant properties are the biggest ‘eyesore’ and have been for years,” Cindy Nichols, the owner of Boutique Eclectic by Cynthia at 5 W. Potomac St., wrote in an email.

“The irony is that there’s a tremendous amount of commercial square footage, but people who want to rent are turned away or discouraged,” added Blackmon. “And there’s nothing worse for business than having empty storefronts.”

According to Snoots, vacant storefronts have been an issue in Brunswick for several years and are largely driven by property owners who seem unable — or unwilling — to rent out or sell the buildings.

But most business owners also said the city has played a role by failing to effectively enforce blight and vacant property ordinances, which has empowered out-of-state property owners to allow buildings to fall into disrepair.

Brunswick currently has two pieces of legislation that enforce the appearance of vacant properties. Ordinance 518, passed in 2015, sets several inspection standards, including requirements for exterior lighting and landscape maintenance. The town also passed an International Property Maintenance Code in 2014 that laid out several requirements for unoccupied buildings.

The issue, Snoots said, was that the city never enforced the ordinances after they were passed, which empowered property owners to neglect upkeep of their buildings. He also suggested that the lack of enforcement sparked a cycle of disrepair downtown.

“It’s something that, as the mayor, I’m trying to address,” he said. “It’s hard to get prospective business owners to come and open a business when downtown looks the way it does.”

Starting Monday, Snoots said that the city will begin to actively enforce vacant building ordinances. A number of business owners, including Nichols and Marks, also said that Brunswick should enact legislation that penalizes property owners who fail to rent or sell their buildings.

“These property owners … should be fined at the amount of $100 per day for every day they’re empty after 45 days,” Nichols wrote. “In hopes that would get storefronts up and running.”

Property owner Don Devine, however, objected to claims that unoccupied buildings were the source of problems downtown. Based in Leesburg, Virginia, Devine owns both the Newberry building — partly occupied by a karate studio — and the unrented Kaplon building, both on West Potomac Street.

According to Devine, he’s invested thousands in renovating both buildings and initially faced difficulties from city officials in obtaining an occupancy permit for the Kaplon building. While many business owners have said that downtown landlords expect too much in rent for the area, Devine said that he’s frequently expected to lease for too little.

Devine also said that he’s currently trying to sell both buildings, but objected to the concept of penalizing property owners for code violations or for failing to rent out buildings. The pre-existing disrepair in downtown Brunswick was hurting property owners, he added, not the other way around.

“I’m the victim in this,” Devine said. “We’re desperate for tenants. So, you don’t penalize us. You go to the town and say, ‘Why don’t you offer tax credits for landlords? Why don’t you offer incentives for people who want to rent downtown?’”

“The whole area is kind of slummy now,” he continued. “That’s the problem with it.