Finally, it is completed.  I won’t use finished because the implies it will never change…and we all know life is all about change.  So what’s the final product look like?

The rack is full.  Sure if I wanted to I could squish everything together and get a couple of more U’s worth of gear..but i wanted to leave some gaps.  If you read the other posts in the series you will see I had been mulling several ways to install and then other things I might do with the gear.  What I finally settled on was the following:

The replication is finished.  The data is removed from the 610 and the configuration has been migrated from the r310.  All of the other servers have been unplugged from power and had their network cables removed.  The ending was rather calming honestly.  I’ve been wanting to get this done for quite some time.  There’s still one more server to go.  The R420.  The rack is full though….well until I sell or scrap a server…yes it is.  Then I can build out the R420 as a new web server.  It will go into the rack once either the 610 or 410 gets sold.  Will the rack ever be empty?  I highly doubt it.  My goal is to get an AMD EPYC server in here so I can test it.  Eventually something like that I will need for my hosting business.  Until then…I can dream..:) 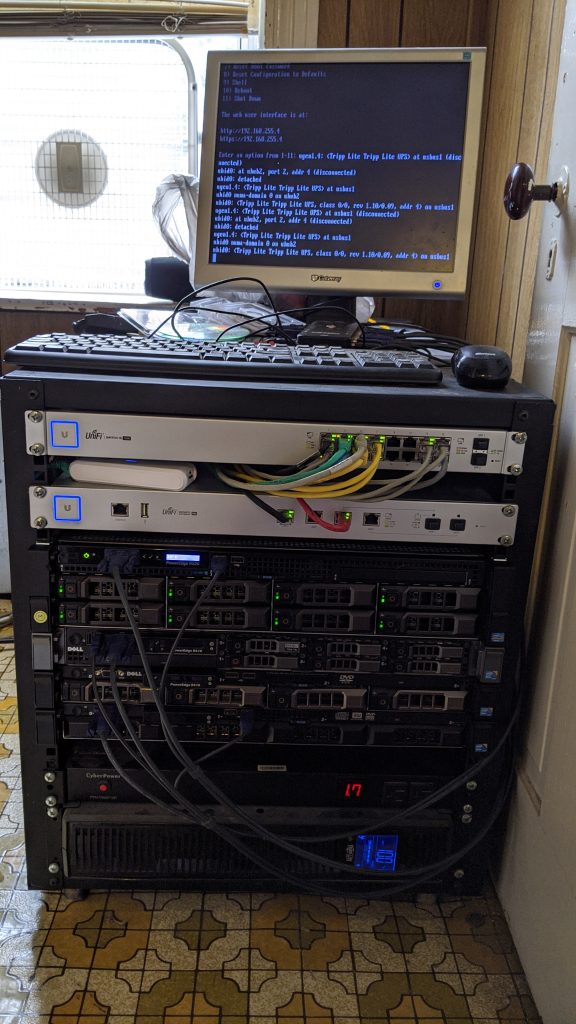